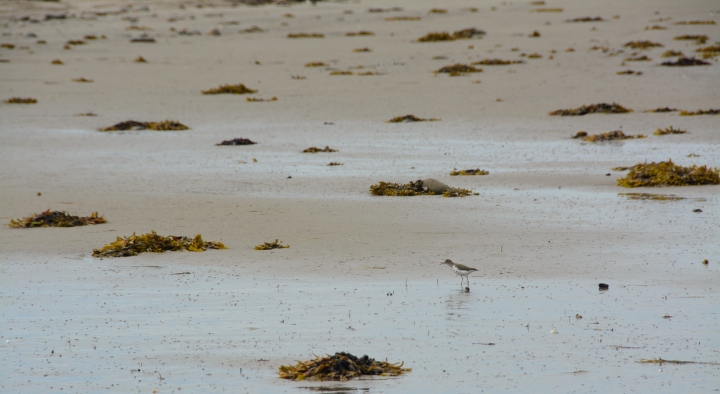 A four-hour drive through the beautiful mountains and coastal region of western Newfoundland brought out the sunshine.   The waters were blue, but you could see the fog in the distance, hovering and waiting to pounce once again, enveloping the land in silence.   Lucky for us we made it all the way south to the ferry while keeping it at bay. 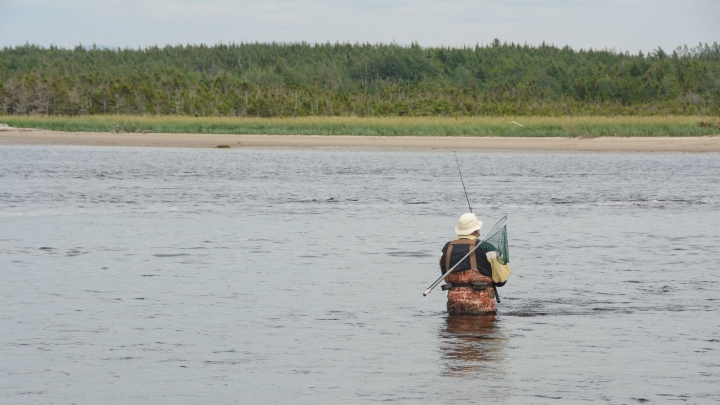 A stop along the way at the Codroy Valley Provincial Park was needed as we were reeeeally early for the ferry.  The park is small and only covers a peninsula with a long road down the middle to the bridge that connects you to the other side. The sandy beach was nice and we walked along and watched as the tide drifted out.  A man was fishing and hoping to make a big catch as the fish drifted with the tide.   We did not see him catch anything but all who fish seem optimistic.

As Shawn walked ahead of me, I noticed that he had a few birds squawking over his head.   Then he had a few more.  And a few more until I caught up with him and asked what he said to get the birds yelling at him.   Suddenly, they started dive bombing him coming within a few feet of his head!   And more were coming.   He turned around to go back but we realized there must have been a nest nearby and just kept walking on.   Quickly.   A few followed us to the end, but they all slowly left us alone as we walked further away.   They even pooped on his hat!  I tried not to laugh.  Another reason not to like birds.  Thanks again, Mr. Hitchcock. 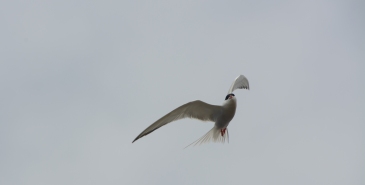 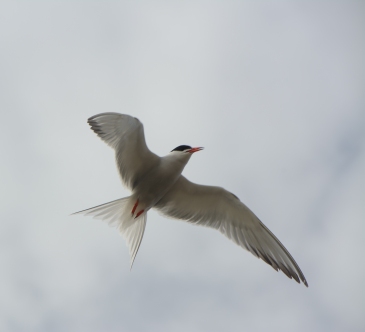 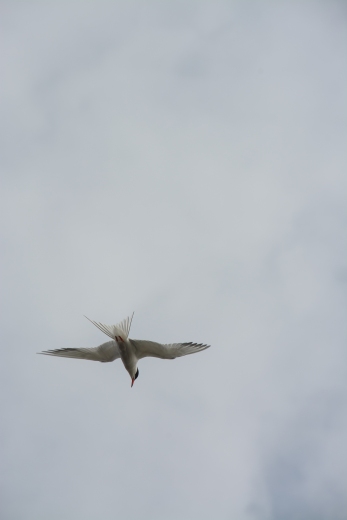 The  Port Aux Basques Ferry ride back to the mainland was another overnight trip where we stayed in our little cabin.   Waking up in North Sydney, we hopped off and drove on to Hopewell Rocks to view the big tide. 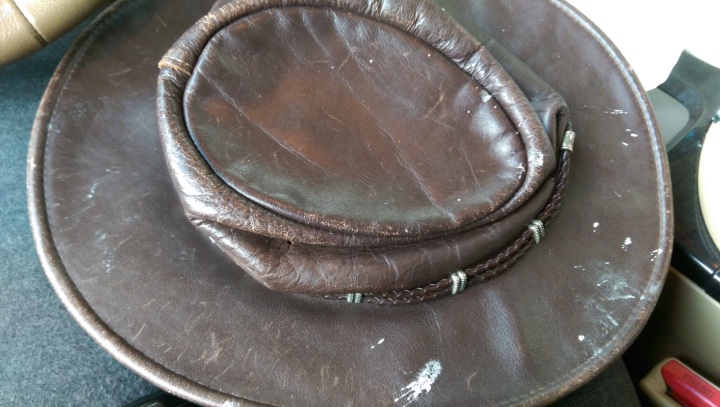