At the end of the road, where the asphalt turns to dust, there is a small sign that says Paradise. As you look around, you can see the mountains looming up ahead, the dense forests to your right, and a beautiful home set along the river that seems to capture it all. Paradise. 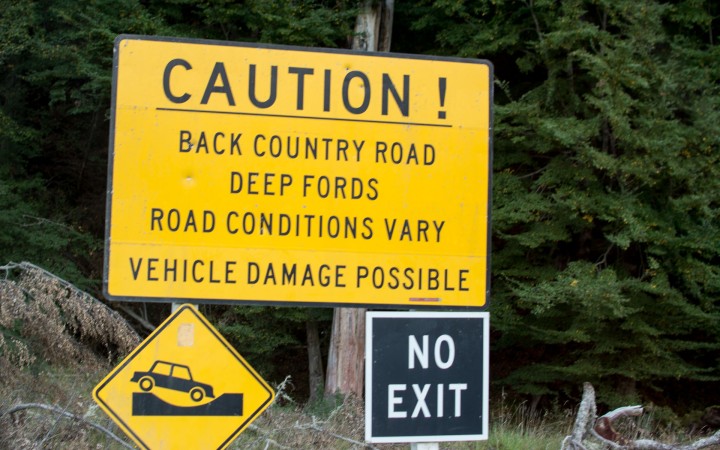 Oh yeah-time to get some fun on!

Paradise is the town where the scene ‘Lothlorien Woods’ in the Elven realm of ‘Lorien’, the site of the battle, where Boromir is fatally wounded in the battle with the Orcs and Merry and Pippin are captured was filmed. All over this country, they filmed so many movies!   Hard to drive by an area and not envision Middle Earth, but they also filmed Chronicles of Narnia, X-Men Origins: Wolverine, and the Top of the Lake TV series. But on to driving over fords and such.

We continue down a dirt road driving towards what looks like water swirling overhead, passing the obligatory cows in the field, when we see a car coming off a road, out of the gate and the gate is still open.   Well, we might as well go for it now!

We meandered down the road a bit and drove out onto a riverbed.   It was so very pretty with the mountains high above us, and what we thought was steam or low clouds we were seeing in the distance, we discovered that it was dust blowing all around.   Gave it an eerie look as you can see by the header picture, but once we were on the river it seemed to disappear. Shawn enjoyed driving over the small bits of water and rocks as well as driving over the streams.   We thought we were all alone out here when off in the distance…

a van/small bus was heading towards us, seemingly right out of the river, pulling a bunch of kayaks.   We found out later that this is an endpoint for river trips.   As you can see, they come here a lot as there is a well-traveled path on the river rock.  We got out of their way as they were booking it!   I am sure if it rains a lot there is no river driving here so they probably do as many river cruises as they can when the water is low.

When we finally had enough fun and Shawn gave up the driving, we headed back towards the original gate.   Which was now closed.   Luckily, it just opened right up, and off we went, passing a cool old truck.  Gotta love old trucks! 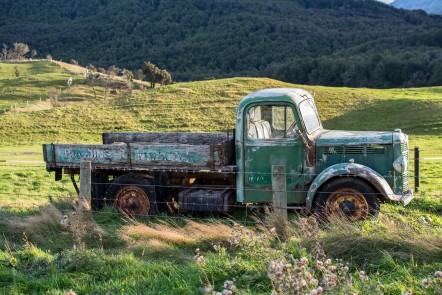 As we drive from the dusty road back to the asphalt, one more sign greets us: 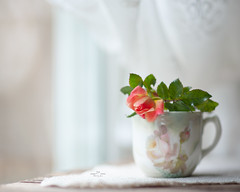